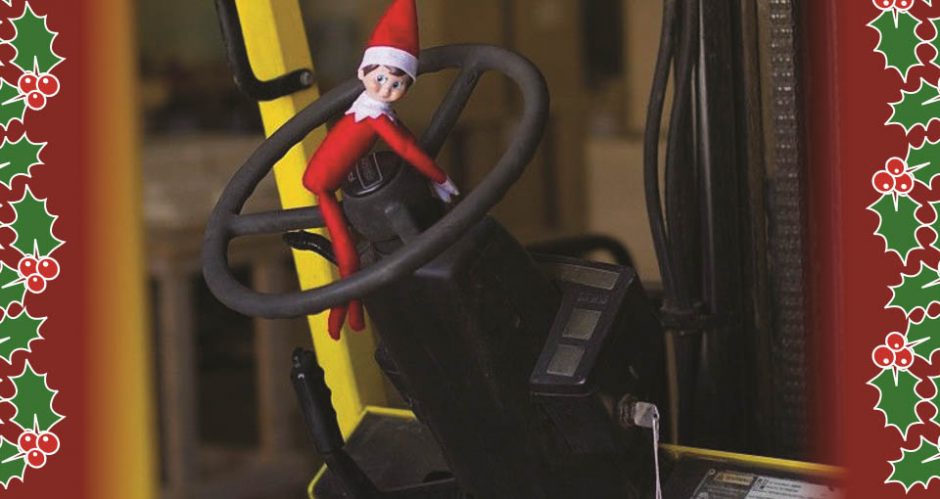 My five year old grandson recently asked me if they have a big warehouse like Truckmen at the North Pole. How do they know who gets what toy? And how do they get all the toys loaded? And how do they all get delivered? After all, that sleigh is only so big! He is getting to the age where the whole Santa story just doesn’t seem to sound right and of course, his older brother is more than happy to tease him. In the interest of keeping this little guy on the Santa train for at least another season, I attempted to explain how operations might work at the North Pole Warehouse based on what we do at Truckmen.

We have Bruce (General Manager) out there in the role of Santa visiting customers to take down their wish lists and assuring them all is well. Meanwhile back at the warehouse, loads of supplies and finished products are being received in by the warehouse elves (Sorry, Dennis, Mike, Tom & Robert…) driving around on their tow motors. And like Santa’s sleigh there are times they aren’t sure if we can squeeze in one more thing. But just like at the North Pole, it magically works out! As for the right items to the right party, I assured him that Santa would
have other elves like Denise, Brooke, and Bonnie to take the requests and get the shipment just right so no one would be disappointed when they opened their package. As for all the deliveries, I did let him in on the adult secret that Santa does get some help. Santa stations big trucks loaded with presents all over so he can just touch down and reload. Just like our warehouse elves load up Truckmen trucks to deliver those customer wish lists. He seemed to think this all made sense but he still had one more question.

“So what do you do, Grandma?” Well honey, I guess I would be like the Elf on the Shelf. “What, Grandma???” You see the warehouse crew never knows where or when I am going to pop up in the warehouse while I am working on customer issues. For those of you without small children, the Elf on the Shelf is the modern day “Santa’s Helper”. It is a small elf doll that gets placed all over the house to keep an eye on the family and keep Santa posted on who has been naughty and nice.

On Facebook the other day I did see a Mother found a clever way to get the Elf on the Shelf out of her house. She had Santa write a letter to her daughters explaining it was time for their Elf on the Shelf to retire. Hmmmm…

Christmas gift suggestions: To your enemy, forgiveness. To an opponent, tolerance. To a friend, your heart. To a customer, service. To all, charity. To every child, a good example. To yourself, respect.
— (Oren Arnold)